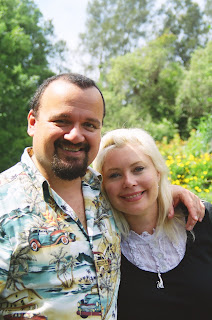 I'll be away for a week, because our eldest daughter's wedding will be on Sunday. I have all my fingers and toes crossed that nothing absolutely nothing occurs in between now and then to cause her any more heartbreak. She and her sister have been such wonderful daughters and such tough little fighters since their Dad's death (they were before) that It makes me feel so pleased and proud to be their mum.

We found out yesterday after I acted upon information given to one of our daughters by her GP, that there should have been a Coronial Report done when Don died, because he died directly as a result of failed, unnecessary and dangerous surgery. That he died three hours after being sent home "to die" makes not one jot of difference, the GP who signed the death certificate should have organised this knowing the situation.
The more and more I find out about my husband's death the more is smacks of a lot of people trying to cover their backsides firstly in Royal north Shore hospital and with his local GP who seemed more an apologist for the hospital than Don's family GP.
So when I get back the Coroners Office is needing as much detail as I have. They were quite alarmed at what had been allowed to happen.
As Alison (youngest) said, "They sure picked the wrong family this time - how could they not know?" Don and I have been fighting for years for social justice in one form or another, and we "mastered some skills - some might call it skullduggery - And the irony of t all is that we fought for years to save port Macquarie Hospital from Privatisation in the 1990's - it was to be the first of many the Government said. They never did any more in NSW after the pain we in The Hospital Action Group caused them... it was privatised for a short time but now public again...the irony was that Do was to be killed directly as a result of his time in what was supposed to be one of the best public hospitals in Australia. 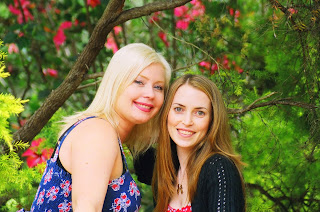 So a week of trying to just be normal like other people and enjoying family and friends...its an Australian/Scots/Greek wedding so should be interesting.
Ali is going to be Melissa's Chief bridesmaid... I did say it was to be an Aussie Greed Scots wedding...there are four bridesmaids!!! and grooms...Don and I had a backyard wedding with two little girls in attendance as our bridesmaids!!
Posted by Middle Child at 6:48 am

MC - congrats to your daughter and her betrothed, and to you on such fine girls! Have fun at the wedding. It's time you all had a joyous occasion to celebrate! My thoughts and prayers are with you all! Hugs!

that's be some bash, mc. have fun and enjoy the family.

Have a glorious time and know that Don is there with you all.

I hope you have a good time!
I'm finally writing back to a comment you left back in June!
Helen x

may your family have more blessings than you expect, and joy that is 10 fold of every tear you have ever shed.

Have a fabulous T and know that Don will be there in Spirit all the way. And your girls are gorgeous!!!

Kleenex, the biggest box you can buy because you know you're going to cry and when you post the photos so will I.

Your girls are so gorgeous!! I hoep that the sunlight hits the very spot you will all be in and that you all enjoy the time!!!!
Re the coroners..I had thought it was brought through them...omg, of course it ought to have been!! You go Therese!!

All the best to all of you.
Love,