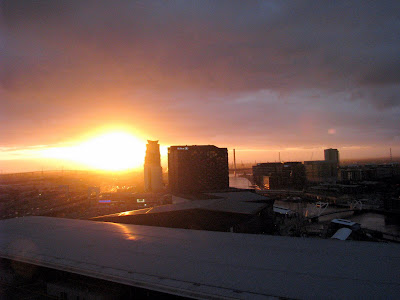 Some amazing shots of the Melbourne skyline and Docklands (I think - Andrew am I right on this??) from when we stayed 20 floors up at Southbank - the light from the balcony was amaxing! 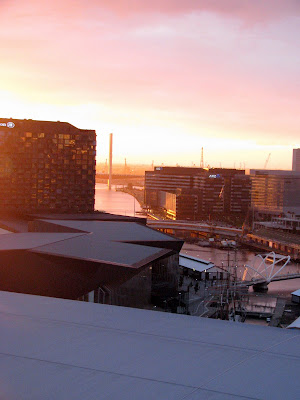 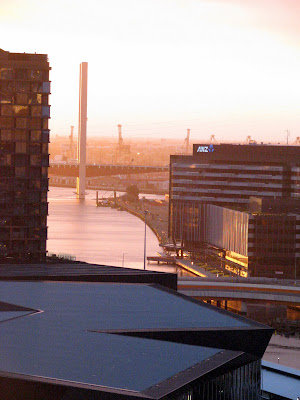 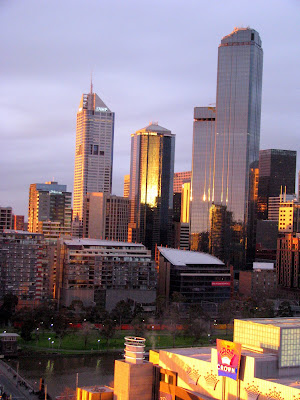 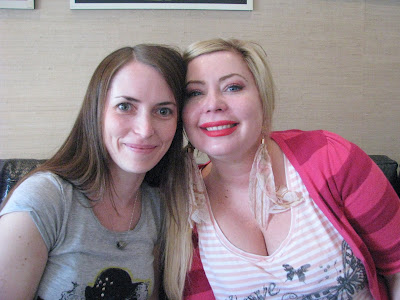 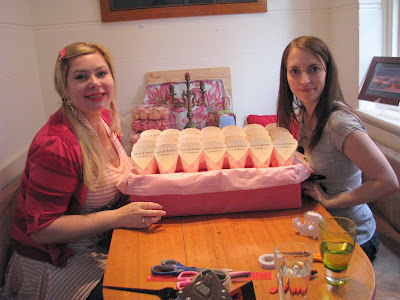 The day before Alison's and Andrew's wedding - Melissa (the Blondie) Alison and i spent the afternoon and night together. it was a really special time just the three of us - totally at ease and not having to be or do anything for anyone else - I went to bed that night to the sound of my tow 30 plus daughters in the other room chattering away like they did in their teens for hours till i crashed - warmed the cockles of my heart...

the first photo we were in a coffee shop...second they were making "real rose petal" cones...you can't chuck confetti any more and we saved a packet doing them ourselves... and the throed photo is Melissa doing Alison's makeup on the wedding day...It makes me very happy to know and see how close our two daughters are - I don't think they have ever argued since they were teeny boppers.

Waiting for my sister's disc of wedding piccies and then can bore you all stupid. 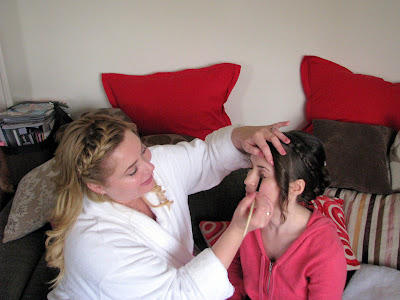 Labels: before the wedding

Just a few wedding photos.
Here are some of the happy snaps taken at the wedding of Alison and her Andrew. There are much better ones 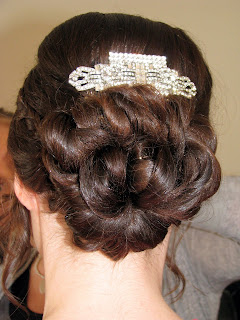 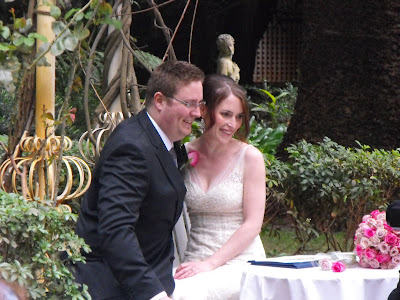 The wedding was held in the garden of an amazing old house in East Malvern (Melbourne) called the Gables - reception in the house itself - which was amazing - all the windows had the best lead light panes i have ever seen and as it was a freezing cold overcast day they had a fire blazing...it all suited the amazing bagpiper who piped during the wedding - and hard not to cry when I hear the bagpipes. He even played an Elvis song my mum loved called "Love me tender - I was amazed that Alison had been so considerate to remember this...and it was special when it came because neither of my parents, or Don's lived all that long - it felt like they and Don were present. 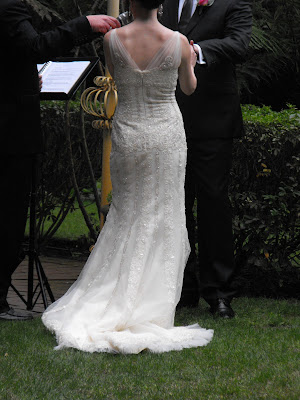 I loved Ali's choice of dress, simple and elegant. she and Melissa had goosebumps on their goosebumps - as the crowd had overcoats and scarves on to keep them warm - Ali and Lissy said they didn't feel a thing -

It was such a lovely and simple wedding - the celebrant was an ex Victorian copper so he wielded authority - and also made it fun..Don would have liked his Australiaisms. 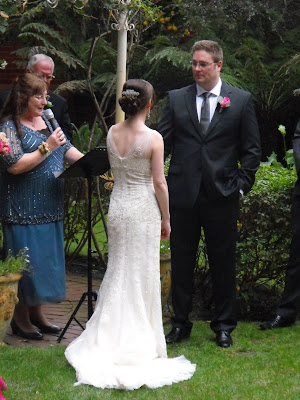 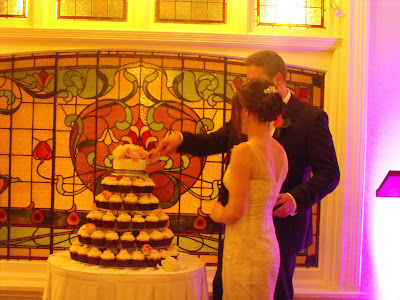 Labels: the first wedding photos from a friend's camera

Re my book "Without Due Care" mentioned before - the printers will have the first 100 copies ready by 30th September with the rest to follow shortly after that - the official launch is October 20th at 11am in the Waratah Room at NSW Parliament House - thanks to the Nats Andrew Stoner. I will have a local Book launch after this. The book is important not because it happened to one of the most vulnerable of people physically but it shows how the health system allows and then coverup gross negligence -I learned that within that system, the only one we have - there is no avenue for justice; no accountability at all and no care for my husband apart from a few glowing instance.

I would be happy to send post free and also free the book to my blog mates who basically saw me through the writing of this...and kept me company in the wee small hours when the horror of what happened kept me awake - I owe you all a great thanks for that. All I ask of my Australian friends is that after the book launch date 20th October they might go to their local library and show them the flyer I will send with the book and ask that the library obtain a copy of the book - this will help raise awareness of the book and of the serious issues it covers. 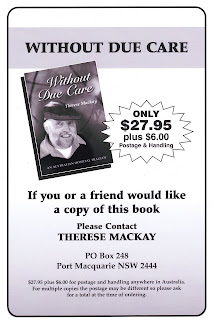 Labels: first copies of the book 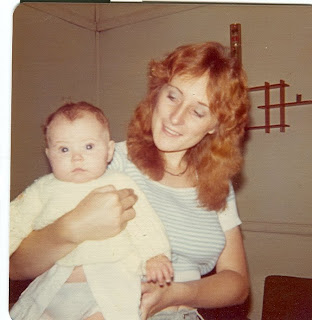 So hard to believe that 36 years ago i had just gone into labour - but at 20 had no idea what it was so sat at home with Don and pretended all was a okay. Finally at nearly midnight we went to the hospital. It was 1974 and they put me in the ""unmarried mother's ward" which I only realised after i checked with all the other inhabitants who were all so coincidentally unmarried. Don didn't stay because dads weren't encouraged to do so in those days and he was although loving and cared what happened prepared to let nature take its course as my own dad and grandads had been.
They took her from me after birth and I wasn't allowed to hold her. It was Newcastle hospital and the policy was that unmarried mothers be encouraged to give up their babies for adoption. On and earlier visit (i had the flu really bad) I watched a young mum sign aw 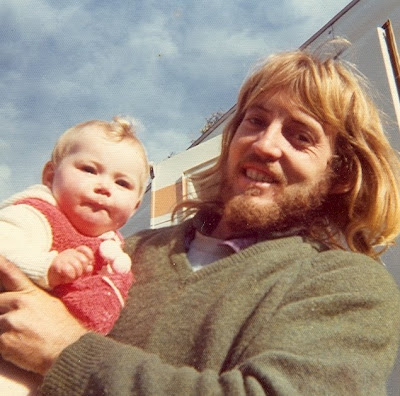 ay her baby still high as a kite after the birth - but she told me later it was her wish anyway - the way it was done was criminal. After a few hours i wanted to feed my baby but they didn't seem to know where she was - so I got up and out and searched the wards - finally i was told she had been taken up to the humidicrib area ion the next floor - but no one would meet my eyes. I got in the lift and went up - of course Don and I were going to keep this wanted baby we had planned her..just not planned marriage - the bastards. I found Melissa up there with the lid off the humidicrib and the nurses curious as to why such a healthy baby had been sent to their section. She was hungry and I fed her - those nurses unlike downstairs were on my side. I took her with me down in the lift and told them i was keeping my baby. From then on they were helpful and treated me with respect - but had I been out of it - I wonder...given the reputation of Newcastle hospital in "adopting" out babies illegally - would I have been able to be with her if i hadn't tried so hard - as I did? I got the hospital notes a few years ago and they don't make sense but they are there for Melissa to see when she needs to see - I believe we came very close to being separated - told the baby had died or that someone elses less than healthy baby was mine...while the married couple got the healthy baby - this happened a lot. 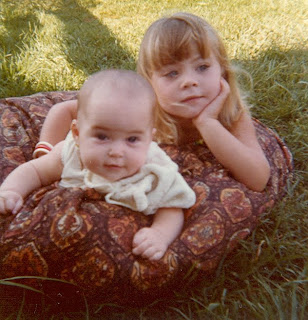 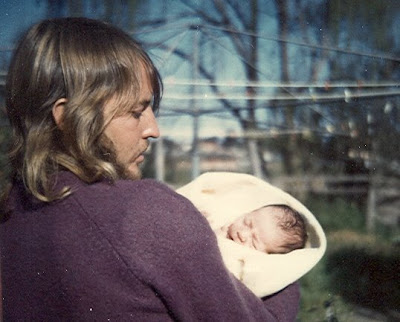 Don with Melissa who was about 6 days old - the love was visible. 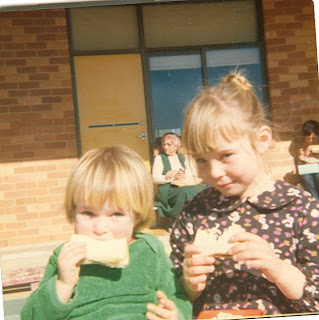 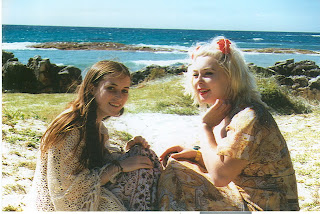 Melissa and Alison in their 20's 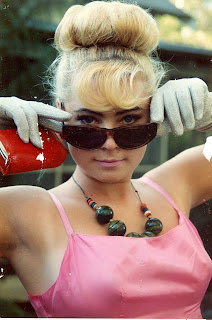 Melissa vamping it up at about 20 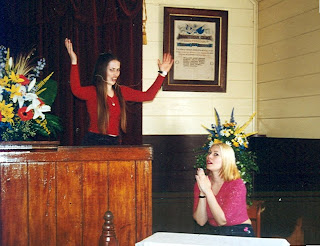 Melissa the penitent in the timber town (wauchope) church being remonstrated by Father Alison...
So much fun we have had with Melissa in our lives -
A big happy 36 Melissa!!!!
Posted by Middle Child at 6:00 pm 10 comments: 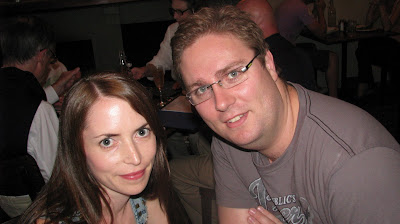 In just over a week our youngest will be married to her lovely man...she has organised the bagpipes to play just as her sister did when she married three years ago - in honour of their dad. It was all I could do when I heard them play not to cry - but I did it - although the lump in my throat took some will power to get rid of. 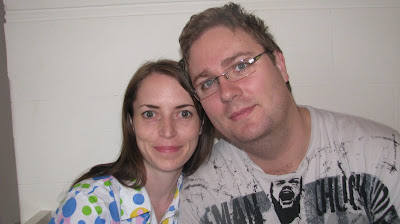 e -I was lucky enough to see Alison when she tried on the wedding dress and she was so beautiful it made me cry - as with Melissa - I know there is a lot of hype about weddings - but when its your own children its different - like one of the passages of life...and we mark these passages - joyful as with birth; sad when they leave home - but happy as well. Weddings - happy and then for those of us older there is the growing old (not yet!!) and then the parting when death comes - all important and have been for humanity for thousands of years - so a few tears to see my daughters in the wedding dress - is okay - they are bittersweet . 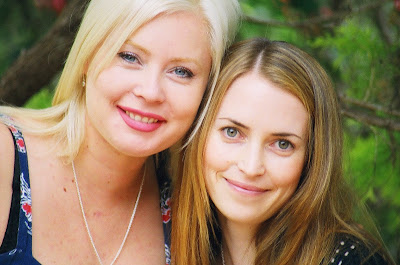 The two sisters together - Melissa will be Ali's bridesmaid - and although I haven't seen her dress yet I think its very bright - she got it by mail order from the US - and it only arrived the other day - and needs a bit of an adjustment...but I have no doubt it will be sooo Melissa - she has never turned out in anything that didn't make me smile - she is more like her two grandmothers this way - loving the bright colours no matter what - and she gets away with it. 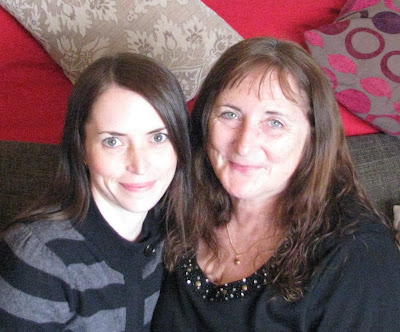 And Alison and I - I get to do the Dad thing and walk with her down the aisle - Don and I were both planning on doing that anyway - he wanted us both to do it - so in a way we both will be doing it because as with melissa I have no doubt but that he will be there with us all day long.

I have written a short speech for the wedding and at the end of it an Irish wedding blessing,


"Sláinte! (It's a lawn chair) This is Gaelic for "To your health!”
May the Lord keep you in His hand And never close His fist too tight.

May you have warm words on a cold evening,
A full moon on a dark night,
And the road downhill all the way to your door.
May you live as long as you want,
And never want as long as you live.
May the saddest day of your future be no worse

Than the happiest day of your past.
May there be a generation of children
On the children of your children.
May you live to be a hundred years,
With one extra year to repent!

May your pockets be heavy and your heart be light,
May good luck pursue you each morning and night."

Labels: ITS A WEDDING


How's this for rythmn
Posted by Middle Child at 9:19 am 1 comment: