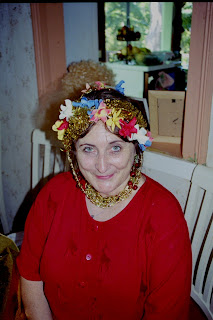 Hoping you have all been a little goody two shoes just like me and awaiting all the tribute from your family with as much anticipation as I am...

But should they not recognise your worthiness and give you a pair of socks in the middle of a hot summer, or undies five times too bloody big then just kick back and find some Moet like I am going to do soon

and you'll have a good day...the Moet is a pressie from future sone in law... he knows how to get in good with me. Hope he keeps it us hee heee.
..

I had heard about this remarkable incident from World War One, but was plased to come accross this article about this incident which as stated sent shudders through High Command... 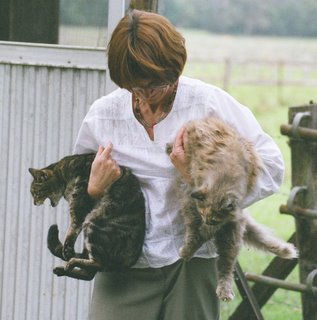 r came for a visit and bought her old cat Pussy Gardner on the trip...


she stupidly volunteered to bring her old cat and our old cat Archimedes in for the night but had to be rescued when they soon showed her a thing or two about carrying to rival cats in one set of arms...... 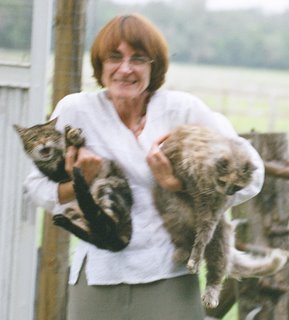 you should have heard the howls and hisses. We could see their claws extended for slashing from behind the camera lens... 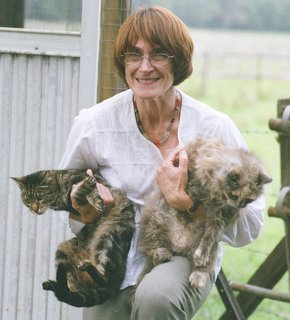 she gave in and let us rescue her... but was good to see older sister have to admit defeat...hee heee.

Its been a dreadful day in Australia for bushfires. I was quite bemused when I happened to go past the tele which Don had on (he was alseep...so I won my $20 bet with him) and there was some sort of international racing event on at Phillip Island in Victoria and they were apologising or explaining to "International" viewers about the haze on the track being from bushfires...and I wondered at the ingongruity of this big crow of fellas mainly and brave racing drivers "melting" in their souped up cars...
and the harsh and brutal reality that only miles away people were fighting for their lives and homes...volunteer firefighters men and women were out there exhausted fighting to help others they did not know, risking their lives...a few of these seem to die horribly every summer here...

and I wondered how people could justignore this stuff because maybe (and how could they be sure) it wasn't a fire in theor street, and it wasn't their brother or sister fighting that fire.

We live a few miles out of town..hundreds of miles from Victoria. In our little street the Rural fire volunteers held a meeting and showed us how to save our homes and lives should a fire come. I know what to do and would choose to stay with the house... (after making sure Don was out and safe)...its only the houses that are empty and whose owners don't know what to do which burn...a bushfire passes quickly and it is the embers in the gutters, and cracked glass windows etc which let sparks in...if you stay and enclose the house 9draw all curtains, fill up bathtubs sinks etc etc... and have your gitters filled with water (foam or a tennis ball down the downpipe works a treat and a metal bucket and mop for putting out embers - because the power goes down in a fire, and for those of us in rural areas on a water pump system that means no water...) the mop will put out embers which catch hold after the fire passes...most homes can be saved this way...

As far as I am concerned the wimps are in the race cars and at the track while the real heroes are five miles away fighting to save what they can of other's property.

A bit of a rant but it makes me bloody mad it does!
Posted by Middle Child at 5:05 pm 5 comments: 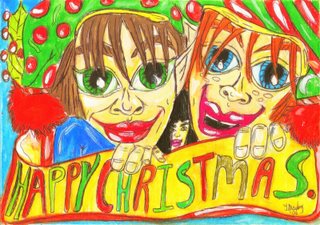 1. If you are choking on an ice cube, don't panic. Simply pour a cup ofboiling water down your throat and presto. The blockage will be almostinstantly removed.

2. Clumsy? Avoid cutting yourself while slicing vegetables by gettingsomeone else to hold them while you chop away.

3. Avoid arguments with your partner about lifting the toilet seat bysimply using the sink.

5. A mouse trap, placed on top of your alarm clock, will prevent youfrom rolling over and going back to sleep after you hit the snoozebutton.

6. If you have a bad cough, take a large dose of laxatives. Then youwill be afraid to cough.

7. Have a bad toothache? Smash your thumb with a hammer and you willforget about the toothache.

8. Sometimes, we just need to remember what the rules of life reallyare: You only need two tools: WD-40 and Duct Tape. If it doesn't moveand should, use the WD-40. If it shouldn't move and does, use the ducttape.

9. Remember: Everyone seems normal until you get to know them.

10. Never pass up an opportunity to go to the bathroom.

11. If you woke up breathing, congratulations! You get another chance.

12. And finally, be really nice to your family and friends; you neverknow when you might need them to empty your bedpan.
Posted by Middle Child at 8:03 pm 6 comments: