This happened under the NSW Labor Government. Before the Coalition came to power I was supported by Nationals Andrew Stoner and the National candidate for Port Macquarie Leslie Williams. Both of them became actively involved and spoke at my book launches in 2010. (I have DVD of their speeches). Jillian Skinner when in opposition bought a copy of my book from me when I was selling it in our local shopping centre and she was visiting. She was very polite and supportive, that time.

Now all three are in Government. I am in receipt of letters from Health Minister Jillian Skinner and Leslie Williams. Ms Skinner wrote “I believe there is nothing to be gained by opening this case for further investigation and consider the matter now closed.” Leslie Williams replied in almost the same words. Considering Ms Williams passionate speech at my book launch I am wondering what could have changed as she is now in a position to do something about it. If feels like hypocrisy to me.
We have a Health Minister and MP for Port Macquarie who find it acceptable and not worthy of justice that a frail disabled man was brutalised and killed in the shocking way my husband was and they consider “nothing is to be gained” but investigation.
What about Justice? Justice for my husband who suffered horribly for five weeks after the cardiothoracic surgeon sent him out of theatre with his Pleural Lining being suctioned at ten times the safe amount (31kpa instead of 3kpa) and left it like this for 22 hours till a nurse discovered this. Then compounded their negligence by not telling us what had happened till I found out 7 months later. What about justice for those of us who love him and who will never heal from what we saw being done to him, no more than any relatives of people killed by crime or accident?

I was reminded the sheer arrogance and insensitivity of the health Minister Skinner and Ms Williams, now on the health Care Complaints Committee by reading a statement made by Surgeon Dr Rodney Woods in the Jayant Patel case in Brisbane where he states in regard to Patel’s patient Mervyn Morris, “If he hadn’t had the surgery then I don’t believe he would have developed the various complications and the subsequent death.” Patel spent time in goal.

Please help me to understand the difference in what Professor DuFlou wrote in his report to the NSW Coroner in regard to the death of Don Mackay, “it is most unlikely that the deceased’s rapid, but lengthy, deterioration would have commenced when it did but for the patient undergoing the various transfers and treatment.”

Or of what Dr Phillip Hoyle Director of Clinical Governance RNSH wrote in his letter 2/1/08
“The very rapid progression from admission to operation meant that there was no assessment by the Spinal Unit or with the respiratory Unit preoperatively. I recognise that given the complexity of Mr Mackay’s condition, a more comprehensive assessment, with input from the spinal and respiratory teams prior to surgery, would have been wise.”

I challenge Health Minister Jillian Skinner and Ms Leslie Williams to justify their weak hypocritical stand. Justice should be for everyone, the same – not a convenience to be dispensed with because they consider there is nothing to be gained.

(Most of Blog friends will have already read the below - its here as part of my media release...so no need to read) 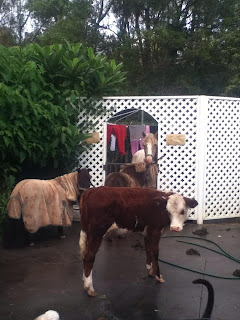 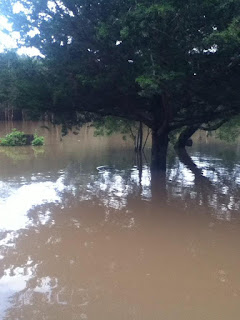 Andrew, here are some photos of my old place...the top one is of the animals on the top of the mound near the house. number three is the water lapping the steps - this never happened to me. And no 6 is the actual road leading from the highway to the house...it really will be called Pothole Macquarie after this. 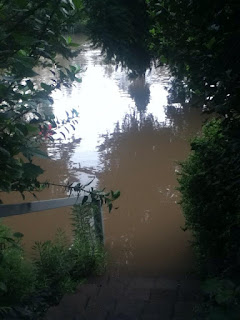 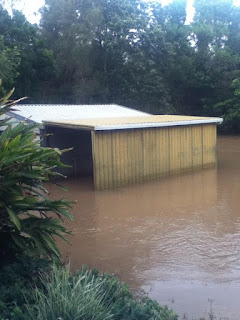 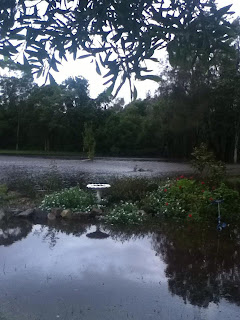 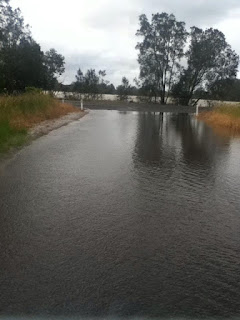 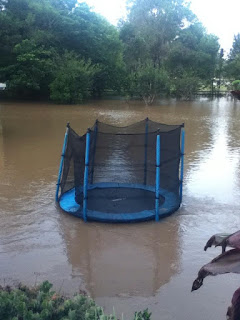 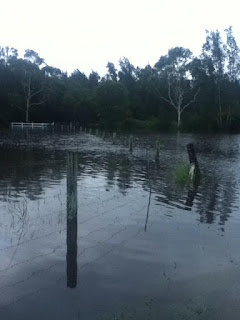 Then after Alison and Andrew's surprise...Melissa and Chris had one for me. I traveled up to their place near Windsor NSW and Melissa had planned a surprise trip back to Aberdeen and Scone NSW to see mum and Dad's graves and the graves of the family...important to me.
We had the very best of times - we laughed and were silly at the drop of a hat...got up to mischief - so good to do with your adult kids. I showed her the other cemetery where our Irish ancestors are buried and myself found it hard to find them - but now she knows where they are... For me it is important...they made the amazing life we have these days possible - their courage and toughness meant we can sit here in fan or air con coolness in summer...and blog..phone...whatever - this was all unknown to them but they endued and as each generation passed in Australia it improved... we didn't do this they did - so am honouring them and recognising their deprivation...and the hardness of their lives...

Melissa as well took me to Mme Tussards in Sydney - as you can see us hobnobbing with the hoipoloi...
I am amazed that I am so lucky that the girls actually seem to love being with me...I am their mum but as well I am a friend...too many don't have this and its sad really because when we have our babies we set out to be the best we can...

I haven't posted here much of late as I have felt I am going through something and find it hard to write anything much at all... but after these last few weeks it feels like the old thing... the need to write is returning.

I was a very lucky little Vegemite for my big 59th...hm one year till 60! Both my daughters went out of their way to make it really special... I spent a really good day at Alison and Andrew's place - had cake and dinner which was really good - she is a good cook - something I did not pass down with my genes...
Then we watched "Housos" (I love Housos!!!) Its so bad. I was happy with that but unknown to me till we got there the next day they had bought tickets to Cirque De Soleil...it was amazing - never knew human bodies could move like that - certainly mine cant any how...then after that dinner at Oscars (Oscar Wilde) at Docklands (I think) How lucky am I....I had another surprise coming but that's for the next post.