Cuss my lovely old cat died last night. Sad as it was she died naturally and I was beside her on the lounge as she was dying. 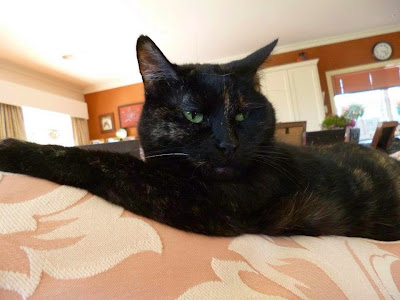 The lady who rescued Cuss and her two kittens (they were dumped by some bastard) wrote this about how she rescued Cuss and how she came to me.
"I will never forget the dear little Tortie cat (“stray”) that darted back into the bush when she first spotted me trying to rescue her and her babies. It took weeks, the poor little girl had obviously been chased away by residents. One silly woman, when i asked if i could leave a bowl of food near her flat ( to encourage Cuss to come out, and eventually go into a trap) – she said  “Oh I do not want to encourage that cat!!”  She had also blocked up a little entrance to a hole that went under the flats. I told her to be careful she did not trap the cat & family INSIDE under the flat – so she kindly unblocked it. I explained I WANT TO ENCOURAGE the cat to come out to eat – so I can rescue them all and they will not have to be killing wildlife. This “wild”  “feral black cat” turned out to be the sweetest, gentlest little cat – from the moment I lifted the cover to see how i was going to deal with this “wild feral” cat and babies. I had taken them into the bathroom in preparation for her going berserk when I tried to handle them.
Months later dear little Cuss was a $20 “donation” cat adopted by my elderly friend Patty. Remember Patricia passed away also about 2- 3 yrs. ago. I so clearly recall Gerry (at Cuddles Cottage) calling me to say “I have a good home for Cuss.” I knew whoever Gerry felt OK with would be a good Mummy for Cuss."
Cuss came to me in late 2008 after our dog died...I shall miss her. 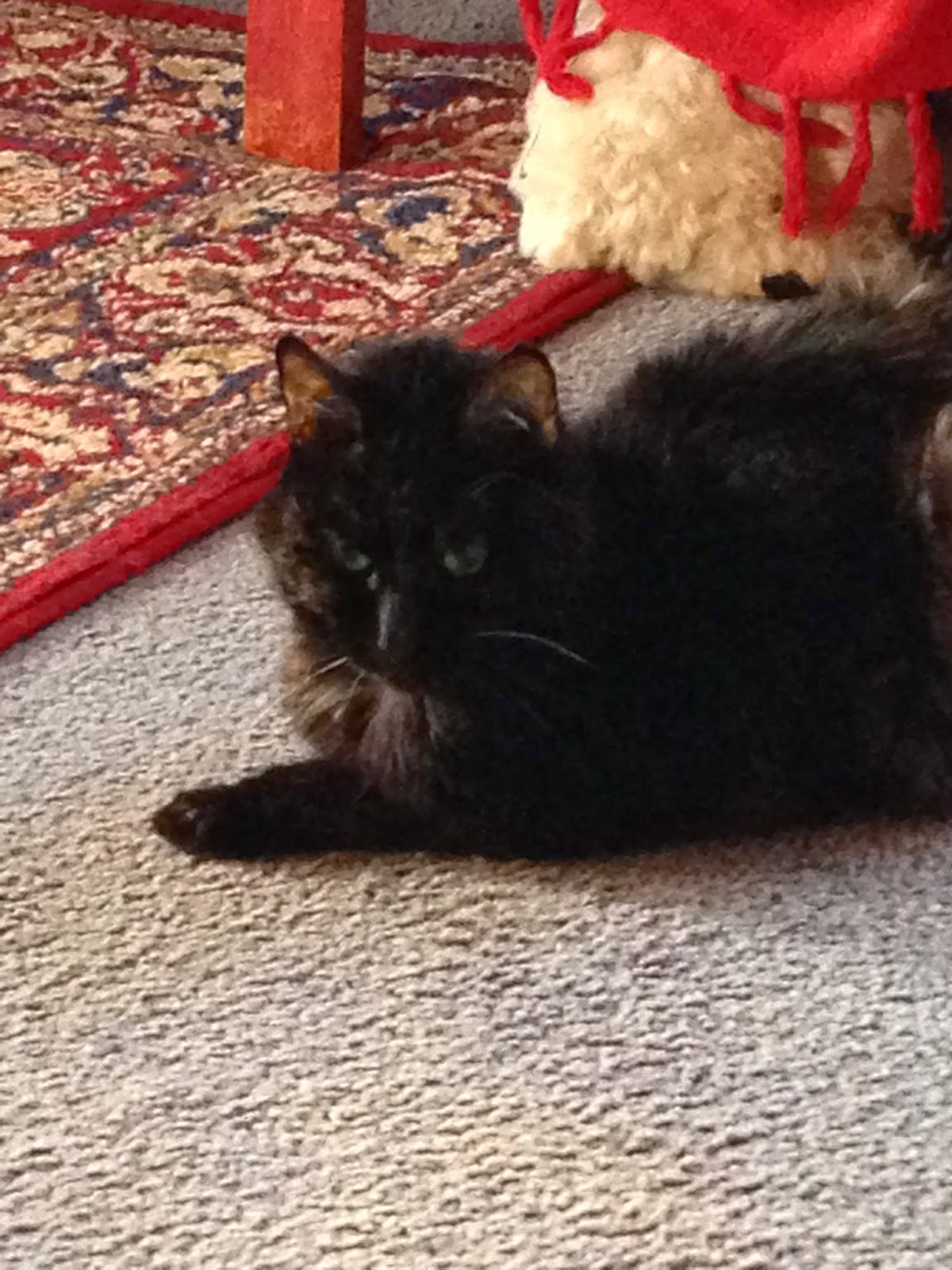 A very sick little cat. Cussy has been diagnosed with Cancer (intestinal)and losing weight quickly. Still drinking and eating a little. Seems to be at peace and sitting close a lot, in between hiding under the bed. These two cats normally fight a bit and don't like to sit too close but since Cuss has bee sick Tiger has been a bit like her shadow - its sad but beautiful to see. Its a privilege to have little ones like these to love and give a home to but very sad as they slip out of life so soon and quickly. 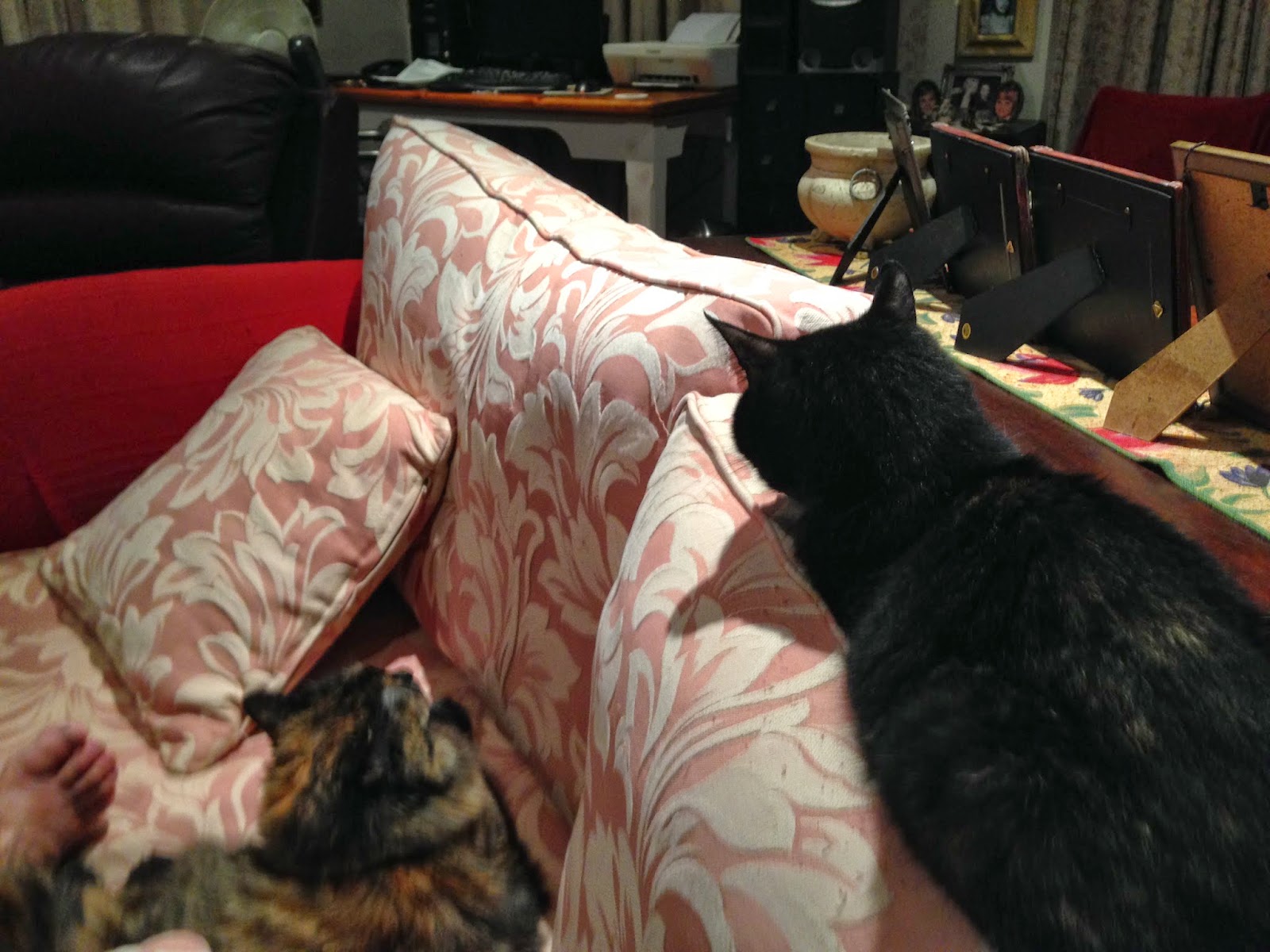 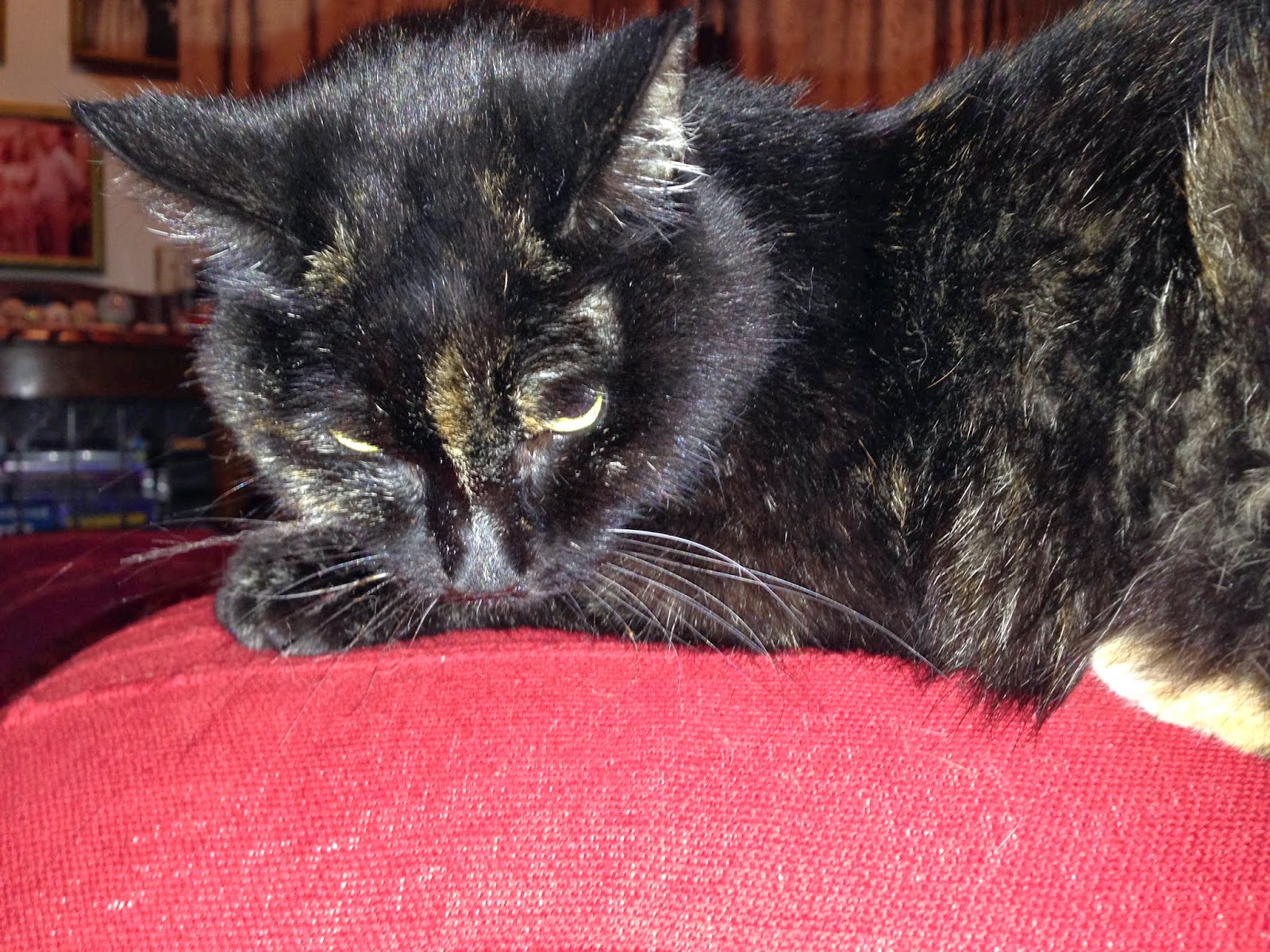 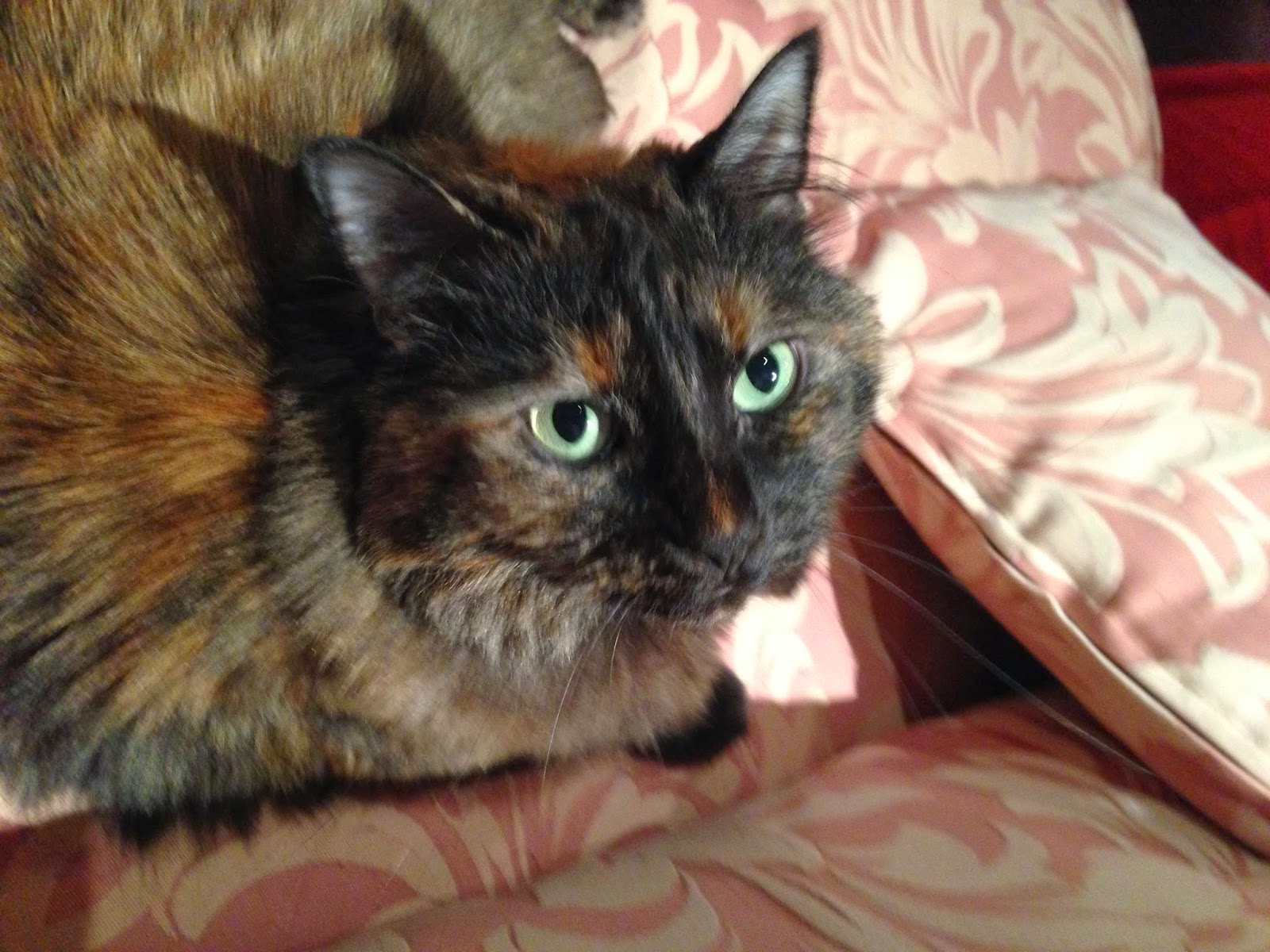