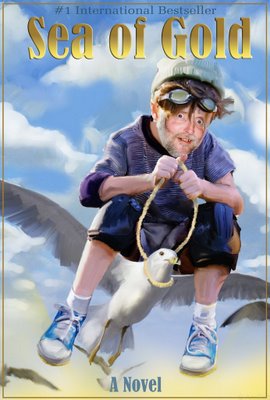 husband Don hates Cats (poor lovely defenceless creatures)... he was spotted recenty absconding from his very expensive electric wheelchair and astriding a very special bird...the BIRD OF REVENGE ON CATS!!! I could not believe it... but Ishould have suspected... crazy as a Loon and twice as bad...and I am talking aout the Sea Gull...as for Don...Shame...Shame... Shame... cats are such lovely creatures n

We have a "part-time" cat in our neighborhood that goes from house to house,getting food and a few pats wherever he goes.I envy him that.

Sling, hIs name isn't Comet is it? OUr daughter lives in Sydney and has a big black cat...who would be an alley cat if he wasn't so well fed... he goes from house to house also...when this cat which walks on his knuckles wants entry into the house, he doesn't meow...he just rams his head into the door over and over....She loves him but I have to say he scares me and I only oat him when directed to. I think he's got two cats inside....

Cats pah!!!! I have gone back to hating them. The only thing they are good for is to throw a Rabbie Burn's book at and that would even be a waste of a good book.

Poor cats. I like them, but prefer dogs really. They do deserve a lot of the stick they get, but I guess when they wipe out the blackbird population of various area, they're only really doing what they're supposed to..

I prefer dogs, but still enjoy cats. People who actively hate cats amaze me. What have these lovely creatures done?

If only it weren't for the litter box.

Anonymous said...
This comment has been removed by a blog administrator.
11:35 am