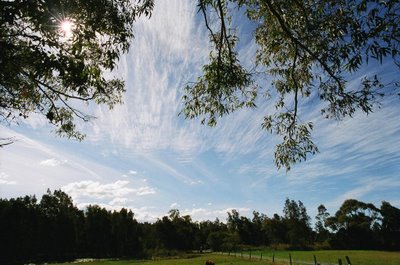 Have a closer look at these photos of the sky at our place... the first two taken last weekend...the last two taken a couple of onths ago. The long straight lines are not "contrails" as they would have us believe...any fool can see that. These are below the level of the jest which fly between Brisbane and Sydney. Contrails also do not fan out in multiples and cover the whole sky in a dirty looking thready "cloudlike" (Ha as if) fabric.

But these first two are more disturbing because of the horizontal 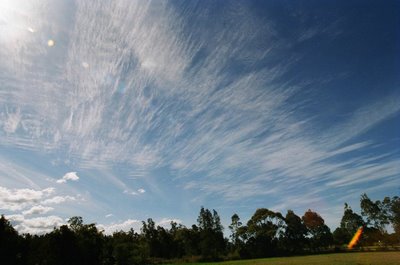 series of "ridges" in the centre...these I believe are caused by Haarp or Scalar waves...

Every singll time these things happen we both come down with sore throats...without exception...and No Charlie...I know you attract nutters... but we have shown these to a friend who used to be a pilot on the 747 and he said they are not contrails, nothing like them.

These are called Chemtrails. They are now worldwide having started in 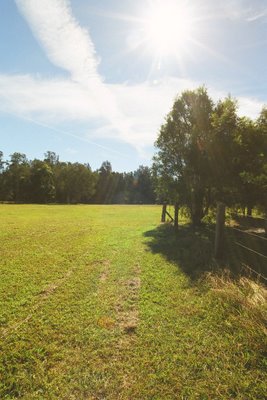 In this there are 2 visible ones...One thin one closest to the horizon and one now dissapating above it and under the ordinary clouds... 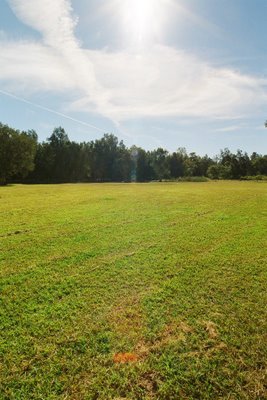 Here they are again.

Have a look at www.carnicom.com and you willsee these same things worldwide.

Then try to ring your local airforce base and get someone to answer you.

This is now Australia wide...our little airforce doesn't have that many planes...so who's bloody planes are doing this shit?

There's something not right, that's for sure, and Mother Earth is telling us so

I take it this is just a resent phenomenon??

It does look quite normal until as you say you see the horizontal clouds/vapors. Is it not just an atmospheric thing caused by your warm climate??

You do know you will know be responsible for me bumping my napper! (head) As I will now spend all my time walking around looking at the sky..as if my heed (head ) was not in the clouds enough as it is :-)

Commercial air travel has been available to Australia since 1959 and I cannot help thinking that since then, air pollution has taken off like those jest jets you mention.

Copperwitch has some cloud pics too.

Great pics there... check out my blog, it's dedicated to Chemtrails in Australia: