A writing group that I was and still am a member of based in Port Macquarie is not too far off having a book of our stories and poems published - (self published of course - we're not that good yet) -  I put in mainly stories as I don't really know all the "rules" about writing poetry - but do it anyway...

I am putting this poem in the book because it describes  how I feel about pretension (sometimes my own!) protocol - Its a simple work but I like it better than some of the others that took much more effort.
Laughter.
At times when everything seems so deadly serious,
and small things grow to assume such a great importance,
and the things of this life are so solidly in your face -
you forget that there are other lives out there
than the one you are so deadly in earnest about... 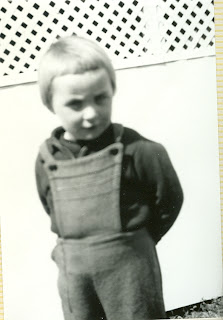 When we all sit about, talking all our nothings
with such gravity -
A part of me seems to separate with a life I have no control of...
and sets up a smirky smile, a chuckle needing to be hidden,
a belly laugh trying hard not to take over . . .
My child face round and clear twinkles with devilment
seeing the ridiculousness I am in danger of succumbing to.

“We must not laugh at funerals, Therese.
Nor at Premiers and Prime Ministers - not to their faces anyway -
We must not roll our eyes at protocol,
Nor at pretentious prattling mawkish six month ‘pastors’
who try to save us from ourselves.
It does not do to stand with hands on hips...as if about to charge
nor is it done to mimic land developers and councillors
who play the game so well.
And Therese, just because the doctor walks like he’s got
a broom lodged up his bottom,
doesn’t mean its okay to imitate him behind his back,
when you think he isn’t looking...”

At these times I am reminded of who I really am, 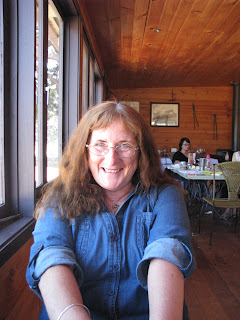 Accepting that the saying that “God laughs in flowers’
mightn’t always fill my garden with the prettiest of flowers...
And I much rather the rough child that runs inside me
laughing in the sunshine - digging me in the ribs
as I try to keep it straight - roaring out “HAW HAW HAW”
in great belly laughs that make your sides ache.
To only laugh when others think its funny and correct
in a world becoming too respectable, serious and full of pretension...
amongst hidden cruelties, affectation, pomposity and stuffiness,
means too bloody long between laughs for me.

What a loverly blog; it brought back memories of my family over here in England. I also come from a close family. Regarding diabetes, Dr Susan Mayhill recommends a stone age diet! Her website may be of interest on: http://drmyhill.co.uk. She also believes arthritis is an allergy and can be cured by NOT having any dairy products! Bit difficult nowadays as dairy products are in everything. Bought some powdered coconut thinking it was 100% coconut and later found out it had cows milk in it!!!