At a creative writing group I belong to back in port Macquarie - we were asked to write on any subject one time - I just re found this - I just decided to write about Australia. 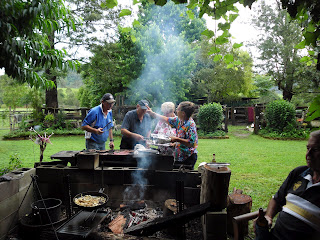 "Australia is my land. My land . My home. My place, with its big brassy blue summer skies and its scraggy bush. The only home I have known. How grateful I am to my brave ancestors who were forced by the “Famine” and poverty to risk their children on the many months voyage. 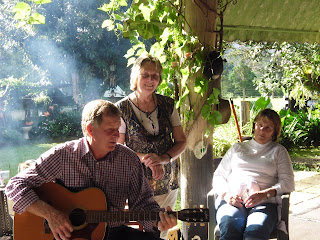 Into what? A place as alien and unknown to them as would Mars be to us. But make it home they did. This strange land where creatures hopped instead of running and suckled young on teats hidden inside their pouches all the while gestating the next generation. This strange land where the seasons were all reversed with long hot droughts broken only by years of flooding became home. They adapted to its vagaries although many didn’t and wet mad, went back to the famine or just gave up. Australia is the largest island continent on earth with its hundreds of tribes. Tribes many as different to the other as are the Greeks to the Swedish; the Germans to the Egyptians. Breathtaking differences as marked as those tribes tall and thin in the North West to the shorter thickset people of the east coast, to the lost Tasmanian people who were different again and onto the lost tribes of the Gympie, reported by farmers in the 1880’s to have been small and fine like pygmies and who spoke like the bushmen of the Kalahari. These were exterminated by the taller tribes around them; tribes who were then almost destroyed by the new white tribes. Then the unknown tribes as featured in a book called Lost tribes of the Kimberley” (Ian Wilson), who’s art the local aborigines in the late 1800’s said was not theirs but from even earlier people, unknown to them. From out of Asia, from Southern India, from Indonesia, from Polynesia and from Africa over the thousands of years came wave after wave of the tribes that make up Australia, each wave pushing the other one down and eastward; each invasion as savage as the ones before and then settling into the rhythm this land by its spirit settles on those who are here long enough. 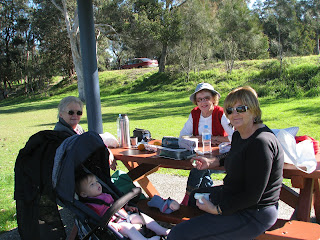 Then the invasions from England, just by ‘days-luck’, (ahead of the French much to La Perousse’s disappointment) came under the cruel orders of English law - hard hearted judges, parliamentarians, bureaucrats and soldiers bringing in the slave ships of convicts; the dispossessed and the starving – indentured servants as were my ancestors, an invasion more cruel than those previous as the new tribes had guns and technology unknown to the people who were in the road. But the land is settling its spirit on the invaded and invaders as O’Brien’s, Murphy’s Smith’s, Pearson’s, Bonner’s and O’Shane’s have as much Irish, Scots, Welsh and English ancestry as they do the blood of the invaded.


I listen to Noel Pearson talk, read his words and I see the unique spirit of Australia in him. His call for the cringe to be over, for half his people – his aboriginal part to stand tall and not settle for the handouts of political correctness which have shackled the people more than any gun or government reservation ever did. This thinking will in my mind lead to true healing – to standing tall. 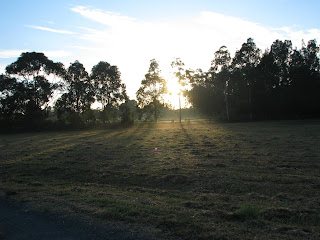 Australia can be felt for me as a haze which descends like a warm mantle over my shoulders. I am Australian. I have no other home, no other loyalty. My child-feet dug in the dry soil, stumbled over the cool evening grass, looked up at the black velvet sky to stars unique only to my homeland. Australia is unique. Not better nor worse – just different. I could no more imagine living under a small sky space, narrow rooms and streets or mountains blocking out the light as “home” than no doubt my ancestors could when they first walked down the gangway and felt Australia under their feet. 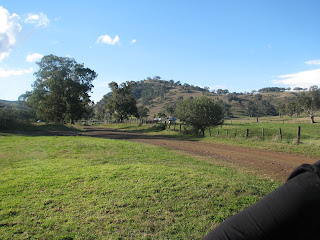 We are a country where the mixing of the tribes can be achieved in the fullness of time, as the edges are melted from the narrow, the wounded, the vicious, the hungry, the prejudiced and the hate filled – all in the fullness of time and nothing mankind can do in all our arrogance will change the power of that unique spirit. This can’t be forced by law nor pressure but will flow as easily and slowly as the rivers over the great divide flow, as the seasons of extremes meld one into another. Australia if listened to and felt has this "laid back" effect if we only listen and feel."
Posted by Middle Child at 5:52 pm

Nice work. I particularly picked up on that we have no allegiance to another country. We acknowledge where our personal history was, but we know nothing else but being Australian.

That's a powerful and well written piece, dear Therese, and I thoroughly enjoyed the read - you should do more like this, I am sure you could publish it to a much wider audience (and get paid for the trouble)!

I agree with Shrinky, you write beautifully. A lot of the stuff of yours that I have read has stayed with me, the sure sign of a great writer, especially the story of Don and the burning off.

Andrew thats about it - I read a book written by Rev Ted Noffs (do you remember from the Wayside CHapel in Kings cross)he was outside religion and organised philosophy and wrote that Australia had its own spirituality ...found this quote of his "“Every one of us must be alert and alive to the fact that no one knows when their life is to be touched by whatever force it is that operates in the universe. I believe it is there all the time and takes hold of a man’s mind or a woman’s mind, their heart and spirit, and transforms them into something they never dreamt they were capable of being. That’s the story of history. Nobody can be pessimistic. Nobody can say it is the end. Nobody can say the world is doomed. Nobody can say this man or this woman is a write off.”

he influenced don and I markedly in the 1980's

Thanks Shrinky - I have so much written but its all over the place - one day will put it together and self publish (when I win the lottery!!)Have just joined a creative writing group down in my new home - I need the discipline -haven't written much at all since Don was killed apart from the book. It will come back one day I guess