A visit from my eldest and her husband. 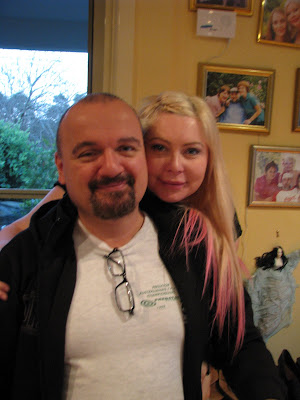 Last Saturday Melissa and Chris came up for a visit which was so good. They were previously coming up to be with me because I had to have some day surgery, and they know just how I feel about surgery after Don's surgical botch up. But the surgery was cancelled and i thought they wouldn't come but they did. its been a long time since any family visited up here. They just wanted to spend a quiet time after their dreadful time this year and thats what we did - nothing much for three days.

The photo of Melissa and Chris holding the number "11" sign has significance to our family - every second time we go to a coffee shop, pub or whatever we get the number "11". It comes from our home video of "Picnic at Don Rock" in which number "11" featured - and from then on it seemed to crop up with significance. More often when we are gathered. 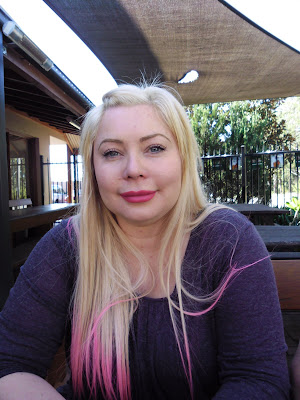 And in our family 17 seems to be unlucky. Chris had his leg removed 17th March (St Pat's Day), his father died 17 April, Don was killed 17 the May and my father was killed 17th June - and on it goes. Whereas 11 seems to bring good things. Not foolishly superstitious but it just seems too often these numbers figure.

We spent time in the winter sun, went out to the cemetery - some tears there for Melissa, had prawns for lunch from the seafood place nearby, watched "The Black Donnellys" series and Russell Brand's latest drank some lovely Cask Shiraz, then had a dry night!! Lots of hugs and talks, and then on the morning they left, I had to leave before them as TAFE before them... as we had exams on. We sat up and had breakfast, some lovely hugs and a few tears and then I was off. I admit to some tears when I returned home that afternoon  and no one was there. Melissa had changed the sheets, and cleaned my house...I was amazed - as she had a long trip ahead of her and a lot on her plate right now until Chris is more mobile. I loved having them... and Melissa said it was lovely to be home 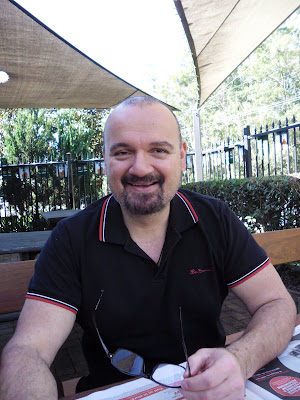 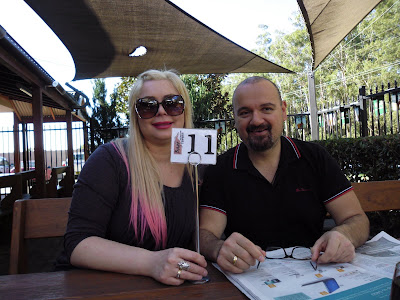 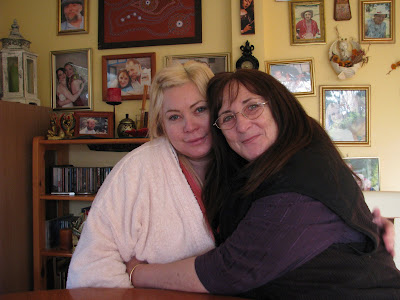 I am so glad they still came up, I know how much you miss your girls.
Looks like you had a lovely time, and I'm with you about numbers, anything with a seven or a nine (my birthdate) in it somewhere seems to mean good things for us.
I love Melissa's pink hair tips.