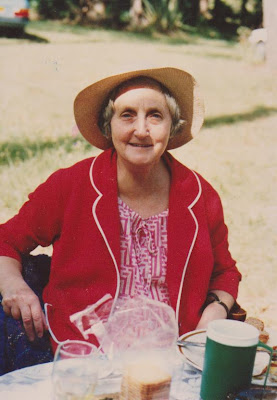 A special day here for me and mine - today 4th of July .

Seventeen years ago my lovely mum aged 66 had a massive heart attack and died exactly how she was worried might happen - alone - she was not found for two and a half days after frantic phone calls from my sister Joan and I resulted in our calling the police to go around.

She had been staying at another sister's house while they were away in Queensland hundreds of miles away - Normally mum lived in the same street as we did and I would check on her and visit her every day - not out of duty but because she was great fun to be with.

She had cardiomyopathy and it was on the cards that she would die like she did - but I always thought I would be with her...or at least be there soon after...

I have been blessed by God with the people I hold close Mum was the best and funniest mother i could have ever had...

and its also Don's 60th Birthday today - I have blown up some balloons, and will light the candles tonight - just a bit of a tradition on special days we have in our family. 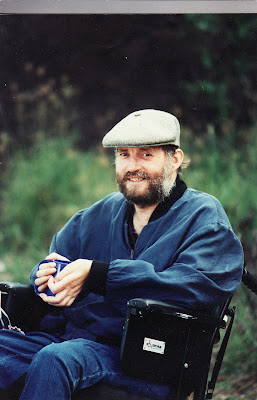 Labels: a special day for us

I am so sorry you lost your mother so young, 66 is way too young to die, and so sad that she was alone.

Happy Birthday to Don, I love that photo of him. We'll raise a glass for him tonight.

And I will ring my own mum and appreciate her while I still have her.

Mmmm - wish my mum was still with us.

Thinking of you and Don tonight from over here in NZ.

Have to say loved the photos of you and your girls. They are gorgeous.

Thanks for your words of wisdom on my blog, your input really helps and is much appreciated:-)

Huggs and kisses your way Therese. You just cannot bet on what curve balls life will trhow at us... some roller coaster ride huh!
Cazzie!!!