Book Launch Date set.
Thanks to the Nationals NSW Leader Mr Andrew Stoner I have been able to set the date and time for the launch of my book "Without Due Care - An Australian Hospital Tragedy". It will be held at 11am on Wednesday October 20th, in the Waratah Room of NSW Parliament House. It would have cost me a fortune to hire a room suitable somewhere central in Sydney, but because Andrew Stoner has helped me all along and knows the issues I will be able to use this room free of charge and it is right in the heart of Sydney. 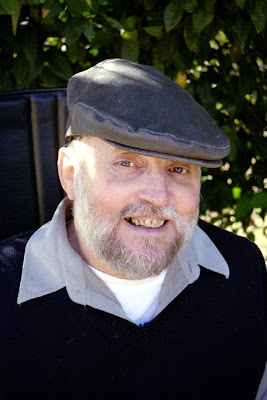 I will have this photo of Don on the cover.

I am only going to do one more sweep over the book just in case there is one typo i have missed, I think I have had to go over it too many times - and had no idea what i was taking on when I started. Every time I have had to re read it...I have felt so much sorrow that it has almost brought me undone. I will never read it again after this, but it needs to be read by health care providers, politicians and the general public so as to be prepared and to be able to protect themselves,

The launch will be held on the very same week that Dr Graeme reeves goes to trial in Sydney. He is the doctor who mutilated many women mainly in Bega but in other areas and the authorities and doctors know but would not act for such a long time.

The other doctor who is now in Jail was Patel and I wrote this to the local paper after that happened. The stats I mention are horrific as Australia in 1995 only had about 21million people so it is a very high death rate.
"

Now that Mr Patel (hopefully no longer Dr Patel) has been convicted of killing three people and injuring one other we in NSW await a similar out come for Graeme Reeves, known as the Butcher of Bega. Sadly I believe along with many others that these two doctors are only the tip of the iceberg. According to the Australian Parliament, June 1995 and published by the Medical Error Action Group “Doctors report medical mistakes kill 18,000 Australians, at least, and harm 330,000 every year and this is just a minimum number!”

Our experience with the medical system which saw my husband Don die from “Treatment” (on the revised death certificate), had him being treated by the very best of doctors and by some of the very worst. The very best doctors carry the rest, and sadly cover up for them. What was done to my husband was so horrific that I have spent the past three years documenting it in a book to be released in September this year which is called “Without Due Care”. He had no voice after his lungs were destroyed and he was left on a ventilator for five weeks so like most relatives his family are the only voice he has as the justice system is about useless except in very rare cases.

In Don’s case no one was ever held accountable. This is the case with most of the thousands who die unnecessarily because of overworked medical staff, careless medical staff and downright butchery by others such as Patel.

Mr Patel should have been sentenced to life in prison, maybe the real justice will come for him and for all the others who have killed and injured without remorse, in the great hereafter."

In response a young woman wrote a follow up letter which I will print in here once its been published but it is hiorrible and that doctor is still practicing locally - and the authorities all know about him. This is the problem.

Anyway its not all gloom and doom - I ahve had so much good fortune in this process and good people seem to have aligned themselves seemingly out of the blue, such as the editor, now the publicity person who also lost her dad due to misdiagnoses - and just when i felt my back was up against the wall and didn't know where to turn - something came along.

Its a beautiful cool sunny day here today - and I am out of here - will do a catch up later on when there is no sun.

WOW! It really is going to published. That is so exciting.

Great news Therese. Who can go to the launch? I feel like I'd like to be there. And please let me know how I can buy the book.

I had a feeling it was Dr Patel..OMG I knew it in my heart when he was sentenced... thank God for that! Huggs to you lovely woman