Charlie featured his son's delicate and treasured hands in a recent post and it set me to thinking about hands and how young hands used to look and how old they begin to look after a certain time in life : ( and it reminded me of a short story I wrote once about an old tricky woman...in one paragraph she considered her hand and all it had done...now I am happy that my hands are "used" and lived in... its honourable every one can have pretty young hands...it comes with the territory...

"She thought about all of this as she sat in her chair. Her hand had washed dishes, clothes, cars, babies, ki 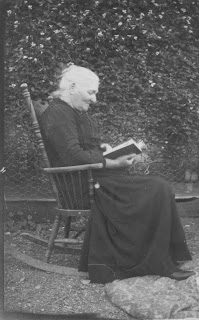 ds, herself, her husband and a myriad of other living things no doubt. Her hand had cleaned up dog, cat and human shit, vomit, and mucous. It had picked up dead cats, birds, and a dog and buried them. It had twisted and turned, thumped and been thumped, thrown and caused its own childish terror, hit out at others and been caned in childhood school days too many times to recall. It had been in the soil, peeled vegetables, cooked, served, and held a book all at the same time, or so memory made it appear. Maturity and advancing years had turned a youthful taking hand into a giving hand.

This hand had written letters to people long dead and those still living, and would write to grandchildren yet to be conceived, hopefully. This hand had lain in the hands of her mother and father, and had held with love the hands of her daughter and sons. It had symbolically linked the generations. It had rested upon the brows of Maray’s children when they were sick and across her husband's when he was dying.