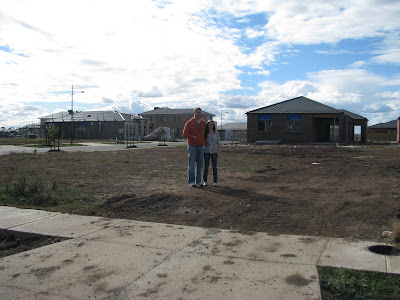 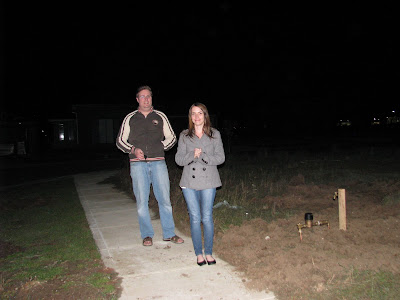 Just back from Sydney and Melbourne - It was really lovely spending some time with my daughters. I slept better than I have for ages and I guess hadn't realised how lonely I was feeling - it was so good to wake up in a house with other people there - more so because between the girls and I its so relaxed and I don't have to be or do anything other than just be there. I stopped at Sydney first and caught up with Melissa and Chris. He's really putting an effort into learning to walk again - by building up his shoulder strength so he can handle crutches (first) and then work on balancing on his new leg which he gets on Thursday - the first of many no doubt - Melissa seems so vulnerable of late and my heart really goes out to her. There is more I could say but not here. Then on to see Alison and her Andrew. They took me to see their block of land and even around to see it late one evening after the water was connected. They are building down near Point Cook (too expensive to buy a home in Melbourne) and I admit it that as flat as the area is, you can smell the bay and I liked the feel to it. We had bought tickets to the Tutankhamun exhibit way back, as well for Melissa and Chris who had to miss out sadly. It was something else...very crowded -  but the detail on some of the statues and furniture was amazing - I doubt that we could reproduce their art today unless we use modern technology - it was amazing to be so close to artefacts which had been handmade three thousand three hundred years ago - its an odd feeling to look at things someone sat over and carved - a good thing the exhibits were encased in glass - because like most I would have loved to have touched things - no wonder the Egyptian people were pissed off with their own government for allowing the treasures to leave Egypt - I doubt this will ever happen again. 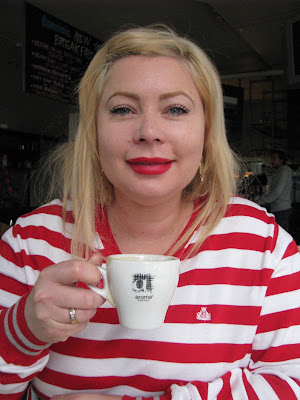 Melissa on the last morning - it was really glary and we had stayed up late talking so she was having trouble keeping her eyes open - but I begged and she relented - I think she was over having photos taken. 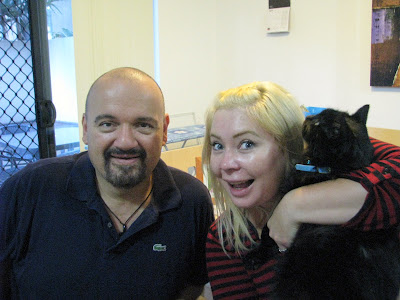 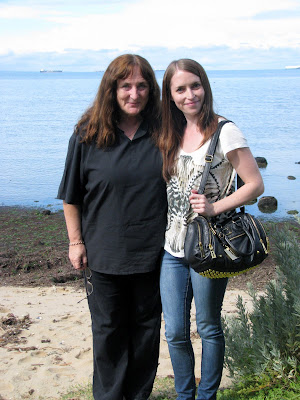 Melissa and Chris and their scary cat Spooky

Ali and I down at Point Cook
Posted by Middle Child at 3:16 pm

What a lovely post. I am so glad Chris is making progress, he has a lovely face.
How exciting for Ali and her husband to be building their first home. I love Melbourne and could live there easily.
Your comments about Sarah on my blog made me cry, you are so wise and sweet, thank you. The one about her and Emily has really made me think.
I hate that you get lonely. Cootamundra is a lovely town you know and half way between Sydney and Melbourne! ;)

Hahhahaa you basketcase - so is Griffith...but then again a name like don Mackay may not go down well amongst the intelligentsia in Griffith - I could move to where Ali is tomorrow but Melissa is so vulnerable I just can't do it - re your Sarah and Em...my worst nightmare is something happening to either of my girls - you were called upon to do this with Sarah - it is to your credit that you are as sane as you are - I don't know what I would have been like

Oh goodness, what a great looking family! Glad to hear Chris is working hard towards his recovery. I so love Melbourne, had me some great times there once upon another lifetime ago..

Shrinky - Melbourne is great - we scrub up okay at times