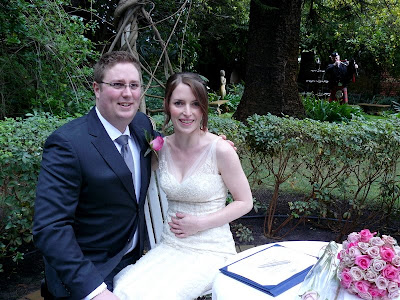 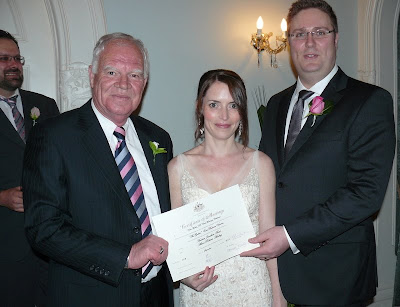 The first one was taken in the garden at about 4.30 on a freezing Melbourne day- just married. In the background there is a bagpiper and just that music alone stirred the cockles of my old Celtic heart. The Highland Cathedral my favourite - and Marie's wedding was another old family favourite - she even had the bagpiper play Elvis "Love me tender" my mother's favourite and played at Mum's funeral in 1993 when Ali was only 16 - and she remembered! The Celebrant was an ex Melbourne Policeman and he was dignified but also very funny - none o 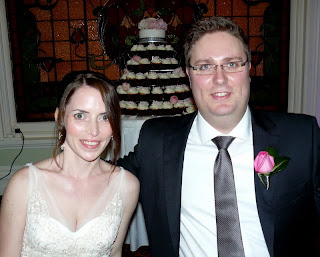 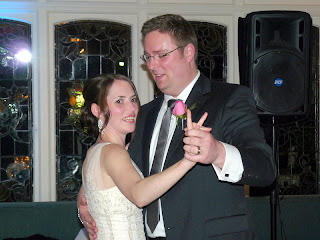 f the airy fairy stuff some of the celebrants do - she actually really wanted a priest to do it but because it wasn't in a church she found the next best thing...actually I don't think anyone could have done it as well as this man.

Alison and her Andrew 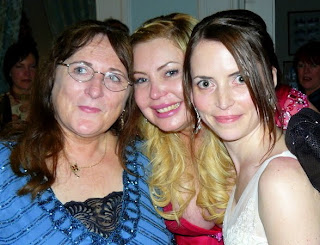 We made it till the end of the evening - a lot of dancing - the kids like the same music we did - so there was a lot of old rock and some of us were really sore the next day - not Melissa and Alison - just those over a certain vintage!
Posted by Middle Child at 8:25 am

What a lovely wedding. Thanks for sharing more photos, would love to see Melissa's dress too.

Alison's dress is beautiful, she really is a gorgeous bride. I would love to see Melissa's dress as well:-)

Thanks for this - I am waiting for some decent photos of Melissa's dress...I didn't get to take any and these are from rellos...a disc will come next week with some really clear ones of melissa's dress

She is as beautiful as the name you gave her. Oh my, she is off to begin the next chapter in her life, eh? How does it feel to be a mother-in-law?

Its the second time around - I haven't really thought about it