Saturday Arvo.
How long before I can listen to the music I have loved since I knew music existed? How many years will it take when the harmonies don't make me break down crying? Any statistics on that? I have trouble listening to anything even new music - its not the words of songs - its what the harmony does to my heart. It actually hurts.


After wars soldiers come back with shell shock or now called Post traumatic Stress disorder - What is it called when the loved ones are murdered out on the streets? No doubt years later the closest will still suffer in whatever way is unique to them. For me I have no doubt as to what I witnessed as Don was killed and no soldier on the front suffered more than he did I can attest to that - it is not possible to endure more than he did before you die. It was/ is that horrible. I read Weary Dunlop's life story (every Australian should read that!) and when he describes the torture in the Japanese POW camps - and the length of time people endured and then were killed - it resonates deeply with me.


But with us it was not enemy soldiers full of cruelty and brutality - it was his doctors and some nurses and a mongrel of a system which takes no responsibility. You can be brutalised, mocked, tortured, deprived of all your rights, kept filthy, ignored until you die in our so called health care system and no legal body in this country will stand up for you. People you know wish you would get over it soon and you can tell because its over (as was the war) and those untouched don't want to know.


So please anyone out there how long till the sweet harmonies I have always loved in music don't destroy my day? How long will it be that I can understand that Don no longer suffers and is free of all this shit? For me it is so hard to remember the thousands of good times we had because when i do laugh or joke about some memory, moments later I see his face and those beautiful loving eyes are filled with pleading for the killing to stop. He knew all the time what was going on and sometimes I wish I thought he didn't know.


Part of the reason I moved from my lovely home at Craggy Island was that he was everywhere and nowhere - but there he was happy - then my mind would travel unconsciously to the horrors that ravaged his frail body and killed him.


So here in my new home a long day's drive from my old one - I couldn't understand why I no longer "felt" anything. Then today I put some music on - I was gone - a mess on tears. Maybe the healing will come when I can bear to put it on every day - but that would mean crying till I can't see, can't breathe properly. I don't think I can deal with this, its just too much, to not be able to have music as a comfort and inspiration is to deny someone like me breath.


People untouched cannot understand and that's not their fault, I am pleased for them. Who would wish for the knowledge I carry of the pure evil the health system condones? I do have trouble with those who say or imply that it couldn't have been as bad as i witnessed and had to go public in the news locally to counter that. There were people who gossiped that I was in it for the money when I wrote my book - a process that saw me spend close on $50,000. Including that I have calculated I spent $100,000 fighting for justice for Don's  medically caused killing. I feel so much older than I am now but only five years ago I felt I would live forever.


The cost has been so high, health wise - but to have music taken too... One day when I am very old I hope because I do want to live this life to its rich end - the music will make me feel as it used to do.

All I can say is Father forgive them because they do know what they do but they go ahead and do it anyway and imagine there will be no consequences. What bigger crime can there be on this beautiful planet Earth than for doctors and nurses to kill patients and then to cover it all up knowing they can rely on week arsed politicians to give it all the rubber stamp? Adolf  Hitler would be proud.


One day I will be able to listen to music, when the damage is lessened by the passing of time 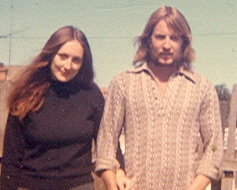 I owe it to the couple we were and no doubt will be again in the big hereafter. 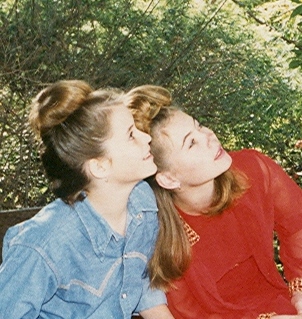 I owe it to these two who carry the best parts of Don and I.


Mostly, most days I am a happy enough little Vegemite - but sometimes you just have to "feel" something real again and the music I had to turn off sure hit me in the heart with a thump today.

You just have to do it "until". What you saw isn't something that is going to go away, probably ever, but I do think the time will come when you will learn to live with it a little easier, or at least just learn to cope with it.
It hasn't really been that long.
I can't know in any way what you went through but I know after my brother was murdered and I saw his body in the morgue I did go through Post Traumatic Stress, and it manifested itself in ways I never expected, and it took a few years to move past it, but I did. I decided that hating the killer, or even thinking about him was pointless so I didn't. Writing that was the first time I have acknowledge that mongrel in a long time. It's a different thing for you of course, there is nothing I can do about it all now and he is out of gaol.
You have fought the good fight, and all that you have done and the book especially, was a huge effort but it took its toll and now you have a new beginning of sorts.
About the music, I don't know, there is music I have to avoid at certain times because it brings up such raw, powerful emotions. Crying is healing, it's good for us, and your body will know when it's had enough, I really believe that.
It's been such a tough time for you since Don died and now with the move, and you need to be kind to yourself and reach out to the people who don't expect you to be "all better" by some prescribed time frame. In fact talking and talking and talking some more about it can be the best thing you can do for yourself.

agree with all Foxy says. Maybe you could create your own harmonies or beat. Music therapy as well as Art therapy is meant to be very good for PTSO and grief, so try to find one locally. It not like doing art or music on your own as you get to talk about your feelings as well, without being condemned for having these emotions.You might find it upsetting at first as it might reveal things deep within yourself that you are not acknowledging but that is the point of therapy.

I remember when I was training as art therapist,I was really surprised at the feelings I kept suppressed within and to honest, some of it was quite disturbing, especially the dreams I had at the time. However, I did come out of it stronger than when I began.

Don't be afraid of your emotions, embrace them, let yourself cry until you feel you are completely drained, it will help.

oh dear MiddleChild I know exactly what you mean. All your longtime readers know you have PTSD and justifiably too.
Maybe the key is to not fight it, but let the sadness consume you when it hits. Howl away, and maybe it will roll over you quicker each time, like a huge surf wave, and you can come out the other side.
Music, like scents, is hardwired and instantly takes us back to other places. Forty years later, I still hate the popular songs which were all around me when I was having a very bad time. hate them!
almost funny really.
empathy and sympathy and encouragement from annie odyne

I hope before I die, I experience the deep love for another like you and Don.

I like anie's idea of music as waves. When we were kids we used to play under / over in rough surf. Someone would make the call and you were honour-bound to dive or jump.

I say 'over' Therese

I am so sorry Therese. I have no idea of what you and yours have, and still are going through - and I wish I could tell you that the raw gaping wound will one day begin to heal over - but because I do not walk in your shoes, I can't - I can only tell you there are many people who DO care, and who wish we could take some of that raging pain away. I guess you just have to keep on keeping on hon, and maybe one day, just slightly, things might begin to look brighter again.